Now is your chance to be on the Board of your brewery!

Have you ever considered that your skills and expertise might benefit Hopsters Co-operative? Then we encourage you to put your name forward to stand for election for the Board of Directors.

At this year’s Annual General Meeting on Saturday 26th October 2019, there will be an opportunity to vote for candidates to fill 6 vacancies on the Hopsters Co-op Board.

Any member who holds a minimum of 5 shares in Hopsters Co-op, and has been an active Member, is eligible to be nominated for the position of Director. A co-operative is run by Members, and that means you!

You will have the opportunity to bring your experience and knowledge to help make a meaningful contribution to the future of Hopsters Co-op. You are guaranteed to learn a lot about running a co-operative, during a very exciting period.

If you are interested in this opportunity, make sure to download the Board Election Procedure Kit 2019. In it you will find the nomination form. You will need to be nominated by 2 Hopsters members and you will need to fill out the acceptance form. There is a section for you to complete your skills and experience and there are 5 questions to answer about why you would like to serve on the Board. The commitment from you is to attend a Board meeting every 2 weeks on Monday evenings from 7pm – 9pm.

Progress is coming along nicely on the Hopsters Co-operative Brewery taproom at 198 Enmore Rd, with construction well underway and an amazing custom mural by Hopsters members Erin S. and Carmel M.

We are at a crucial phase where we need to continue growing our membership and raising funds through initiatives like our Founders Range Pale Ale pre-sale campaign, crowdfunding initiatives, picking up some sweet Hopsters merchandise, and purchasing extra shares.

Check out our short video below to see how the taproom is shaping up:

Don’t forget, the best way to stay up to date is through our Hopsters Co-op Brewery Facebook page and email list, which you can sign up to from the bottom of this page.

Last week, Broadsheet ran a story on Hopsters. They wrote about how Hopsters began, what a co-operative brewery is, and the plans to open a taproom in Enmore in the new year. 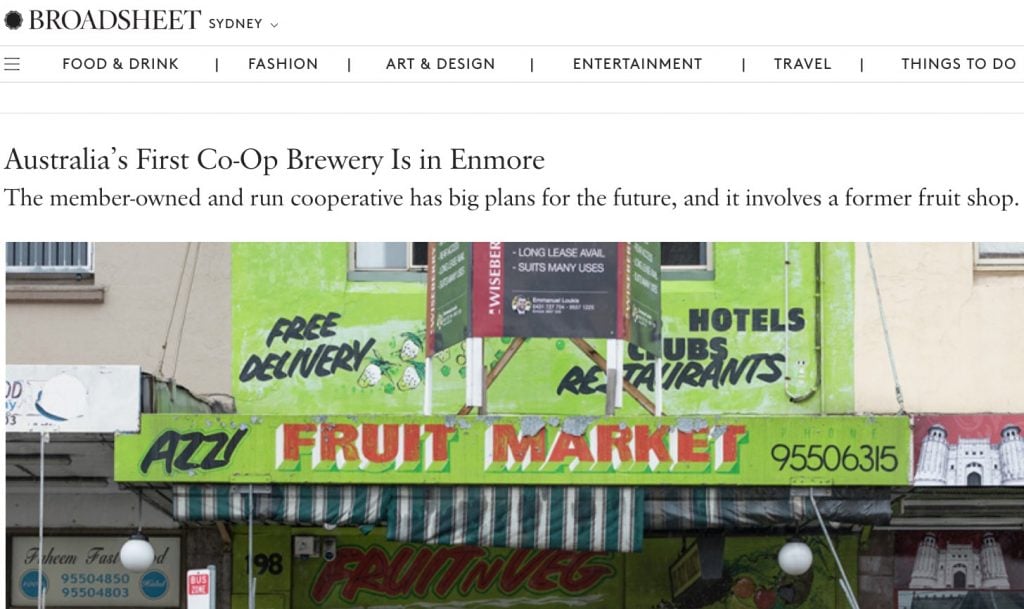 Hopsters first canned batch is available for pre-order, with delivery/pick-up available in December.

Show your support by pre-ordering our beer now and help spread the word about the campaign so we can ensure we reach our target and get our beer to as many members and customers as possible.

To pre-order your very own today, head over to the Pozible campaign page.

What is a cooperative?

Co-operatives are people centred organisations that are owned, controlled and used by their members. A co-operative’s main purpose is to benefit its members. 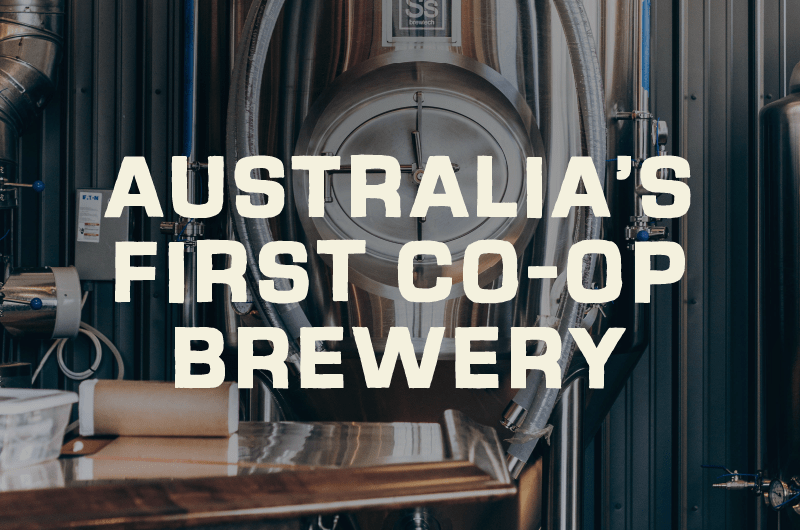 Are you old enough to buy a beer?

I am under 18 years old
Always enjoy responsibily